Now that more than half the world’s population lives in cities, their operation, development and future is attracting renewed interest from all those looking to the shape and substance of national life. Australian cities, Sydney in particular, are exhibiting stress in accommodating population increase, in housing density and public works, notably transport, to match their rapidly increasing populations. An informed look at the future direction of city development is therefore timely. 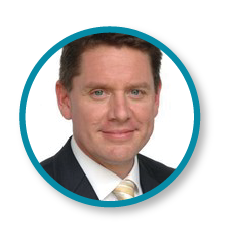 Stephen Yarwood is an urban futurist and former Lord Mayor of Adelaide who is an enthusiast for cities and a strong supporter of innovation. Stephen is an urban planner who consults internationally on city trends, leadership and creating positive change. He is particularly interested in the relationship between society, technology, infrastructure and quality urbanism. His consultancy 'city 2050’ works with a wide variety of people to create desirable futures through expertise in urban policy, strategy and governance.

Stephen will tell us how the way people are using and experiencing cities is changing rapidly. He believes that government, business, entertainment, public space and transport must adapt to ensure that cities are competitive in the global marketplace. He will explore how technology will re-write the operation of cities during this century and outline implications for local government. Time for general discussion will of course be provided.