The Greater Sydney Commission’s vision of Sydney being developed as three distinct cities flies in the face of history. While many large cities have significant sub-centres or suburban nodes with commercial activity, we are not asked to think about London, New York or even Shanghai (with Pudong across the river) as multi-centred. However, while 200 years of infrastructure in an attractive harbour setting seems unlikely to divest much of Sydney’s CBD function to satellite centres of activity, anything is possible. Our speakers look at this in more detail from their particular perspective.

Bob Meyer is one of our most experienced architect-planners who is widely familiar with metropolitan plans and strategies. He is a convert to the three cities idea and is particularly interested in seeing Parramatta grow to CBD status. He will outline the GSC’s concept.

Dr Glen Searle is Adjunct Professor of Planning at the Universities of Queensland and Sydney. He was previously Director of their planning programs and Manager, Policy at the NSW Department of Planning. Glen sees the strategy plan for a third city based on an aerotropolis at Badgery’s Creek as flawed on several grounds. No second airport in a global city has an extensive, innovation-based employment cluster and conditions for this are unlikely to be generated. The strategy should focus on strengthening Parramatta as an attractive alternative to the present CBD.

Les Stein is an Adjunct Professor of Urban Planning at Sydney University and was recently Senior Fellow at the Global Centre for Environmental Legal Studies in New York. He has been a planning consultant to the GSC and to several governments. The three cities idea does not change existing policy settings. The real issue may well be how to get local government to implement regional and district plans. 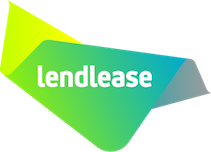